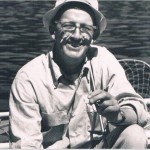 The fishing club began in 1965, spawned by an idea from pharmacist Don Kunkel. Don lived in the Lake Geneva area and loved to fish this great body of water. Kunkel along with other anglers, proposed getting together to share information.

The informal gathering rolled along for about 3 years, and it was then decided to put together a formal club with Don Kunkel as its first president. Since 1968, the Lake Geneva Fishing Club has been meeting every month from March thru November.

As the club grew, the word spread and the late Bill Binkelman saw an opportunity to unite other local clubs. He came to Lake Geneva club meetings and took an interest in two of it’s members, Spence Petros and Carl Malz. When Bill thought of starting Fishing News (later changed to Fishing Facts), Spence and Carl became reporters for him. Eventually both became editors and since those early years all three anglers have been inducted into the Freshwater Fishing Hall of Fame! 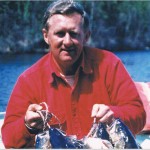 So as you can see, the club has a deep history with some very knowledgeable alumni. We hope you will come visit us at one of our meetings and see what we are about. Our welcome mat is always open, and we’re also ready to help you learn how to fish the wonderful waters of Lake Geneva!